Punta Licosa in the Cilento

Legends and the sea, natural wonders

Punta Licosa is one of the most enchanting places in the Cilento. Its name derives from the Greek word leukosia (Λευκωσία, pronounced lefkosía in modern Greek) and is linked to the legend of the siren Leucosia who died after throwing herself from the cliffs on the coast, after she was unable to seduce Ulysses. Her lifeless body then transformed into a reef, giving origin to the island of Licosa. 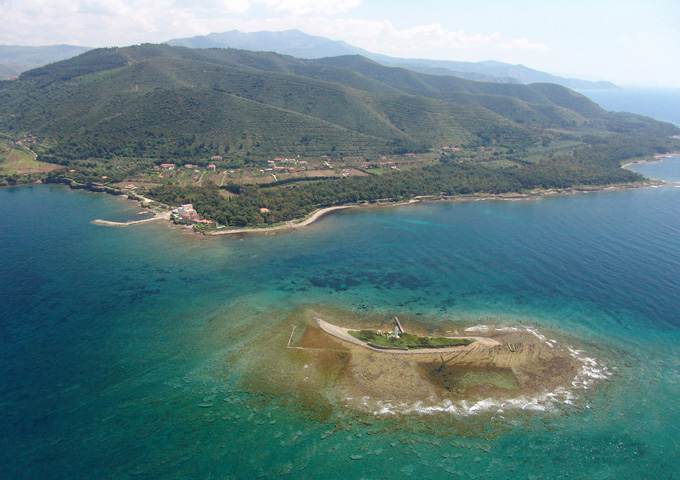 This is the southern part of the municipality of Castellabate, between the villages of San Marco and Ogliastro Marina; before our eyes lies an unspoilt pine forest and crystal-clear waters framed by small unspoilt bays and Mediterranean scrubland. It is one of the most popular places in the Cilento for divers, has one of the most beautiful beaches in Italy and has also been declared as one of the country’s protected marine reserves (Santa Maria di Castellabate Protected Marine Area).

In its clear waters, near the small island of Licosa on which stands the lighthouse and remains of the watchman’s house, it is possible to see the submerged ruins of a Roman villa and a tank used to farm moray eels, dating from between the 1st century BC and the 1st century AD.

The area is protected by the Cilento, Vallo di Daino and Alburni National Park and, to ensure the environment and atmosphere of the site remain unchanged, there is no access to Punta Licosa for motor vehicles.
There is so much to do at the Marbella Club ... for everyone!
Resort proposals at MARBELLA Club