A step back in time in the Cilento

For guests staying at the Marbella Club, we highly recommend paying a visit to Elea-Velia Archaeological Park in Ascea Marina (SA).

The ancient city of Elea, which was part of Magna Graecia and owes its name to Hyele spring, was founded around 540 BC by a group of exiles fleeing from the Greek city of Focea (now called Foça and located about 60 km north-west of Smirne, in Turkey), which at the time was occupied by the Persians. Elea owes much of its fame to the figures of Parmenides and Zeno, founders in the 5th century of the Eleatic School of Philosophy. At the end of the 5th century AD, its name was changed to Velia. 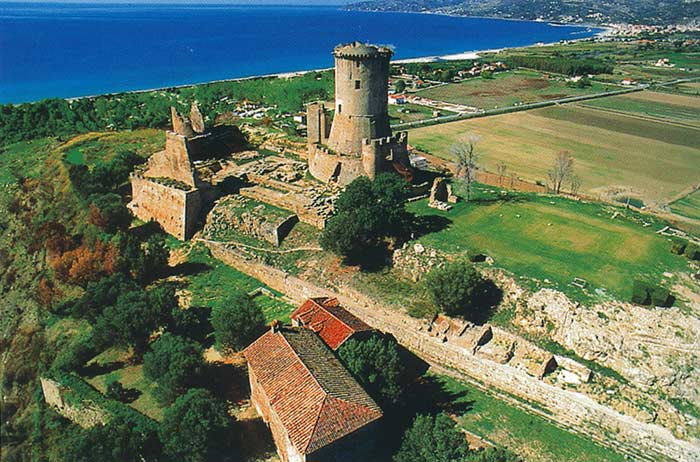 Now a UNESCO World Heritage Site, Velia Archaeological Area consists of three nucleuses around which the ancient town was based:

the southern quarter, the northern quarter (connected by a road ending in two gates - Marina Sud and Marina Nord) and the acropolis, where a castle was built in the Middle Ages.

Inside the walls, there are buildings dating from the Hellenic period, as well as a layout dating from the 3rd century BC, the agora, the sacred well, dedicated to the God of Love, and the famous Porta Rosa Gate. The Baths of Adrian, Cobellis Farm and other public buildings date instead from the Roman period.

The acropolis still boasts remains of a theatre constructed in the Roman period, but many of the buildings were damaged in the Middle Ages when the castle was built. Also dating from this period are Angioina Tower, some remains of a city wall and two churches, the Palatine Chapel and the Church of Santa Maria.

Visiting Velia Archaeological Park is a delight for tourists, particularly small children and youngsters people, who enjoy an experience they will enjoy telling their friends at school all about when they return from their holiday.
There is so much to do at the Marbella Club ... for everyone!
Resort proposals at MARBELLA Club